Have you ever wondered just how much originality there is in blogging?

I was reading a ‘How To’ post on another blog and was startled by the comments, a commenter, naturally one who wanted to remain anonymous was reprimanding the blogger for her ‘How To’.

The ‘How To’ detailed how to make a rather lovely geometric garland, nothing overly fancy, something most of us could whip up in an afternoon with a few supplies.

It was a garland the likes of which I’ve seen all over blogs Pinterest and paper craft magazines, an attempt to find the original designer would I assume prove fruitless. Because really, how many of us have strung paper / fabric together to make a garland?

I made one similar way back in April 2012, no idea who or what the inspiration was, or maybe it was just a natural progression from all the bunting garlands I’d been making! 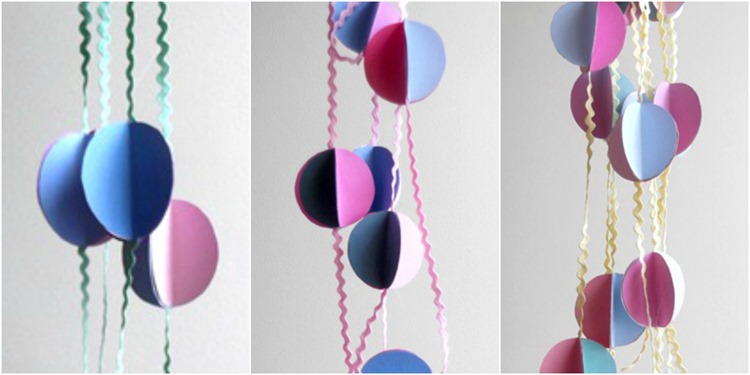 When inspiration is all around us, how easy is it to identify the exact source of the inspiration?!

But I digress…. the commenter was scolding the blogger for copying a designers work, which whilst wrong, it is not always the case that a blogger has simply copied a designer.

This got me to thinking about how much originality there really is in blogging.

Certainly there are blogs which are similar, whether it’s the topics covered, linkys hosted, the style of writing or the actual aesthetics of a blog.

But does it necessarily mean that one blogger has copied another, or perhaps has one just been hit with a burst of inspiration a little later than someone else?

What do you think; whether it’s posts on parenting, fashion or How To’s, are we all just copying or have we got a unique voice in the world of blogging?