How To ~ Make a Driftwood Mobile

I’ve always had an affection for driftwood.

Each piece is unique.  Its appearance, texture, size…even their story, if they could tell it, would be different.

Some were merely a twig, snapped off a tree and fell tumbling in to the seas until such time they washed upon a shore. Others, part of a boat maybe, which was attacked by pirates.  Another piece may have been part of a sturdy container, carrying precious cargo which never made it to its destination, instead it has been tossed about, battered and finally left laying out to dry under the sun. 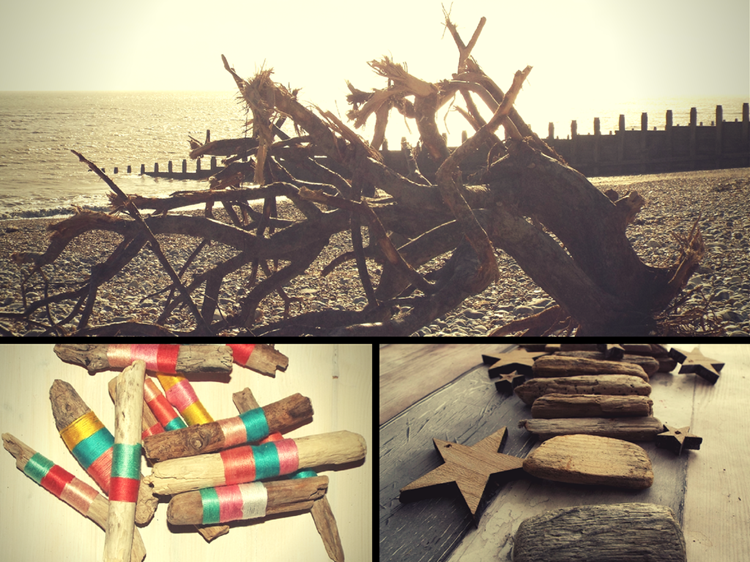 I’ve been collecting driftwood since we moved down to the coast; some I just clean up and pop in a dish, it looks pretty in a gnarly, natural way.  Other pieces have been turned in to something else, whilst most of it just waits.  Waits for inspiration to kick in and tell me what to do.

I finally decided that I wanted to make a driftwood mobile. 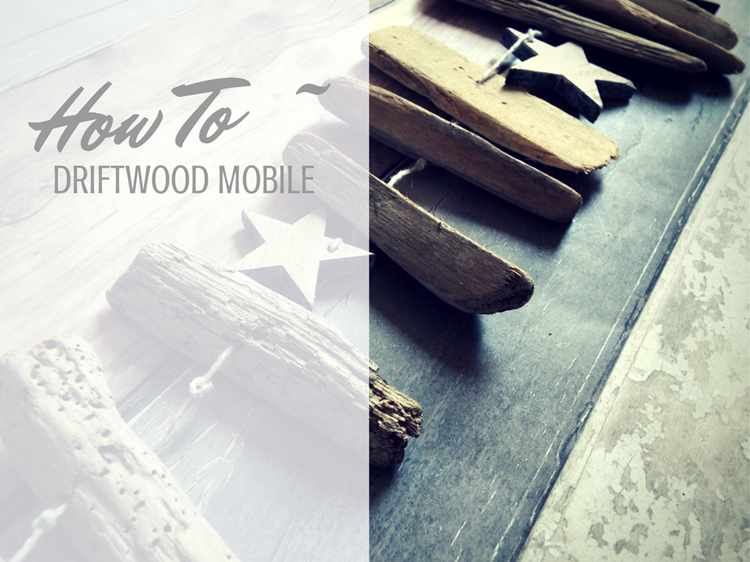 Step 1. Gather up a bunch of driftwood.  I realise this may be an issue for those who don’t live a hop, skip and a jump from the beach, you can either buy some, use twigs or head for an impromptu trip to the coast.  I decided to add wooden stars to the mobile, but these are optional. 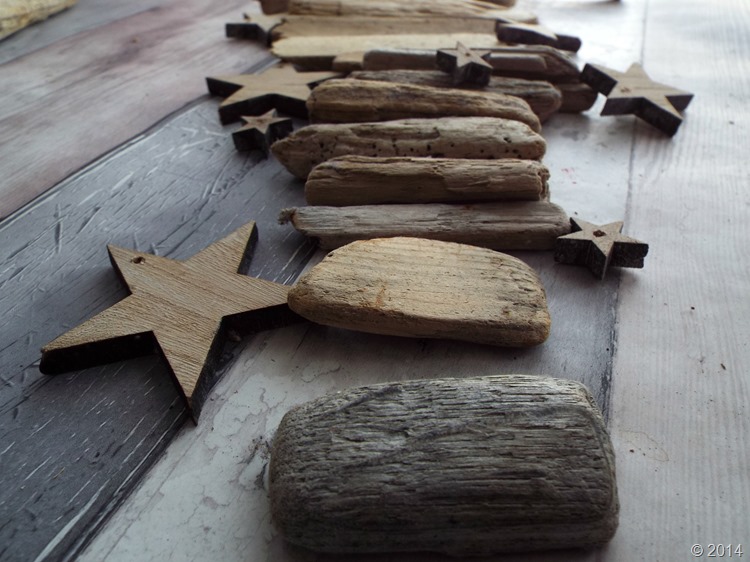 You’ll also need string, a candle and some whitewash paint.

Step 2. Paint the driftwood with the whitewash paint.  This wont turn the wood white, it just gives it a protective layer and nicer colouring.

Leave the driftwood to dry.

Step 3. Using a pencil make the centre of each piece of driftwood, and star if using them, then with an electric drill and a small drill bit, add a hole to each piece.

Step 4. Lay all the pieces out, driftwood and stars, in the order you want them on the mobile. 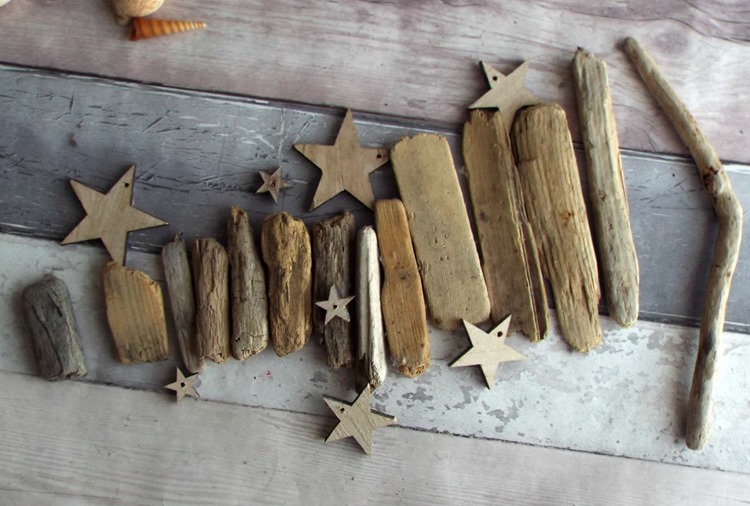 Step 5. Light a candle and dip the frayed edge of the string in to the wax pool, remove it and let the wax cool and harden. This makes threading the string through the driftwood so much easier. 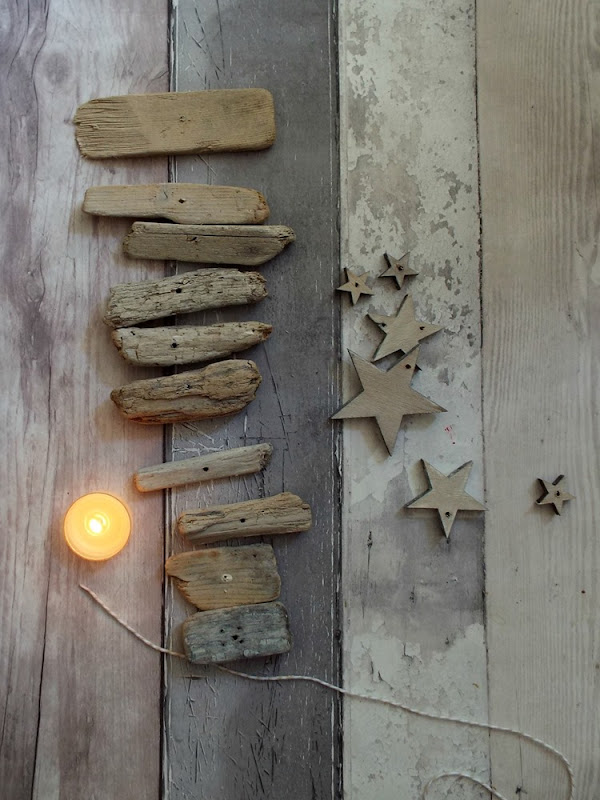 Cut a length of string, twice as long as you want the mobile to be, this leaves enough room for knots and hanging.  Start threading the driftwood and stars on to the string. 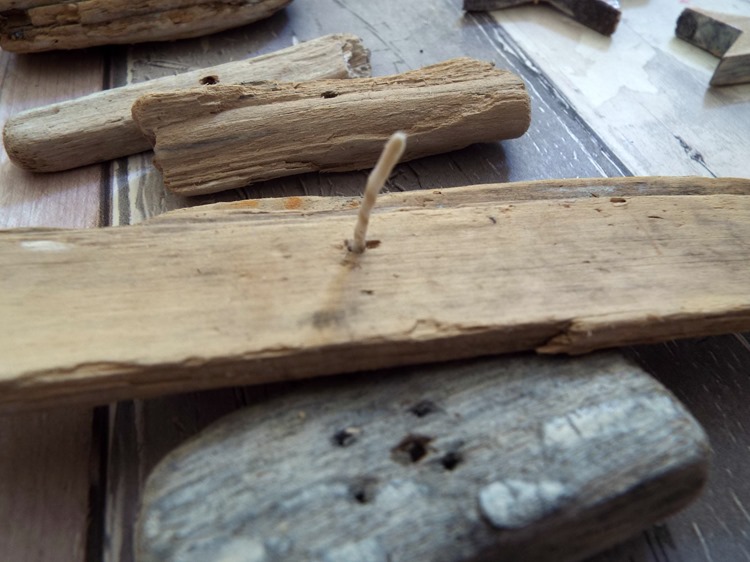 Step 6. Continue threading the items on to the string.  I made little knots below each piece of driftwood to ensure they wouldn’t all slip down and sit on top of each other. 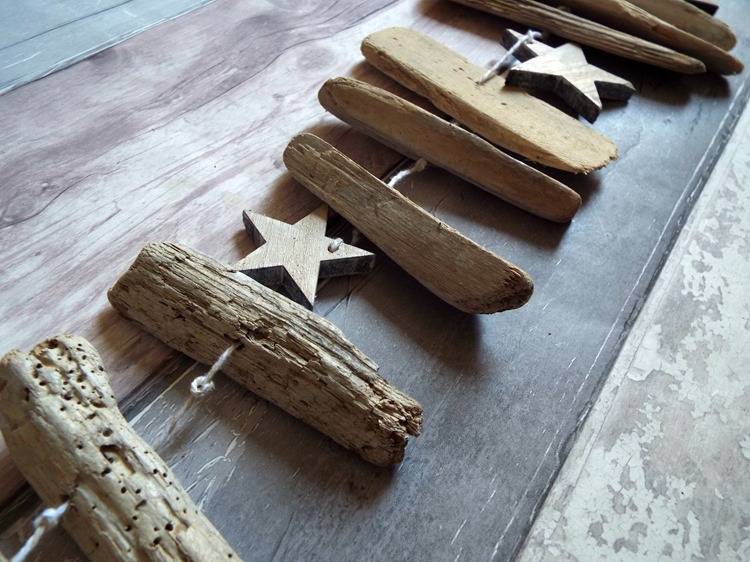 Step 7. Once you have every piece threaded, snip the string and tie it off.

Now you just need somewhere to hang the mobile. 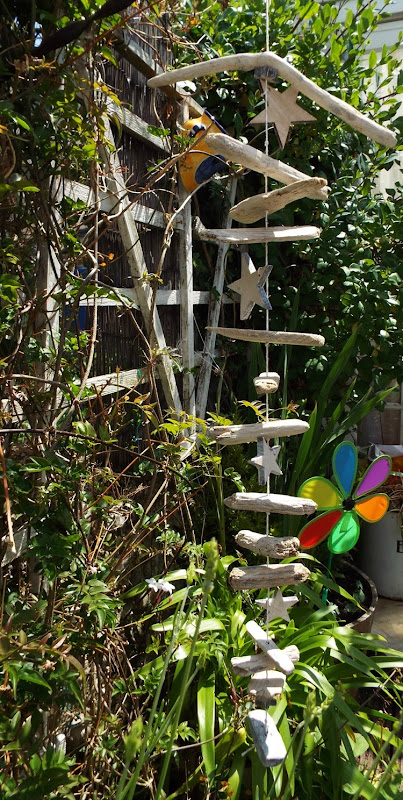 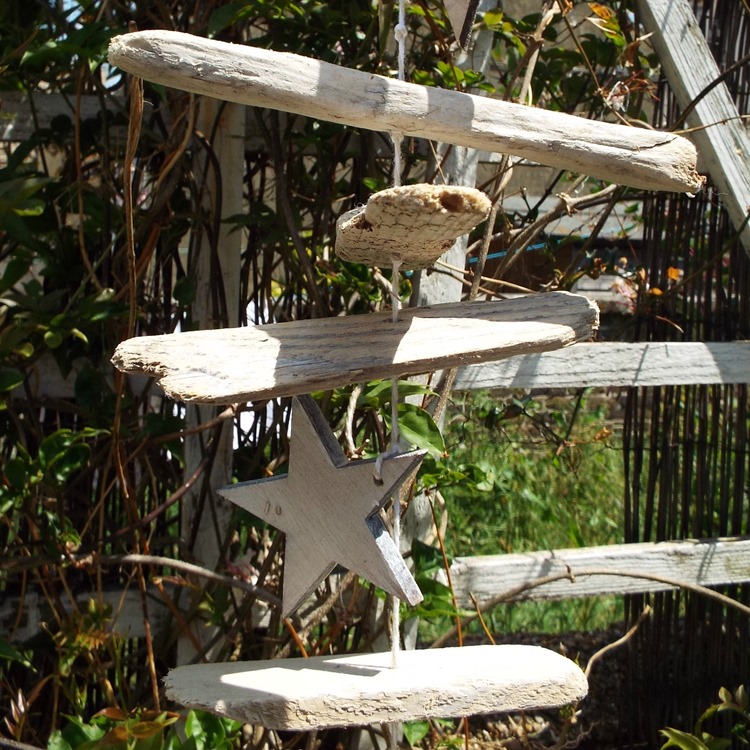 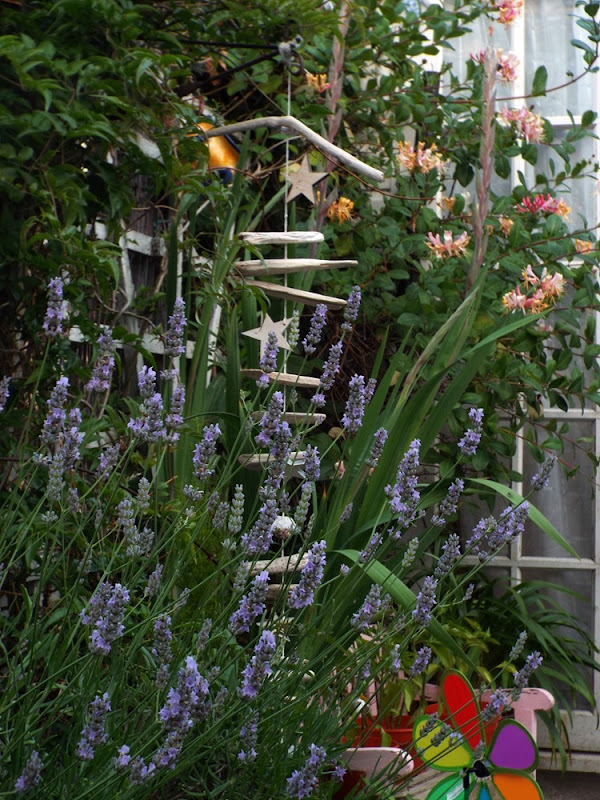