Why We Need International Men's Day

There’s this assumption that men have it easy. That being born with a penis somehow makes life wonderful, easy and free from any kind of issues.

But it doesn’t; as a daughter, sister, friend, mother and partner I’ve seen first-hand the struggles that men go through all whilst being told to “man up” and keep quiet.

I’ve seen my dad succumb to alcoholism and attempt suicide; left to flounder after the death of his first born child he was adrift in depression, there was nothing and no one to help him. As an ex-squaddie he was expected to “be a man” and just deal with the cards dealt to him, but how on earth does one deal with the death of a child without support?

I’ve seen friends battle homelessness as they were the wrong gender to be accepted into shelters whilst I was offered all sorts of help when I found myself without a place to call home.

Whilst I battled through mental health issues I was offered so much support it became overwhelming, at the same time my partner was at best ignored and at worst told to be quiet and “man up and deal with it”.

Men are abused, victimised and find themselves in situations where they need support to find their feet just like women do, yet unlike women they are expected to “be a man” and just get on with life.

But rape, violence, suicide, bullying, mental health issues, domestic abuse, homelessness and drug abuse are not issues from which one can simply walk away from unscathed without support.

We women know this, which is why we’ve fought so hard to have support systems in place, you’d think, with so many of us knowing first hand how hard life can be when dealing with such issues that we’d extend a helping hand to those who are vulnerable and need support, regardless of their gender.

This gap in support offered to vulnerable men is why we need International Men's Day. 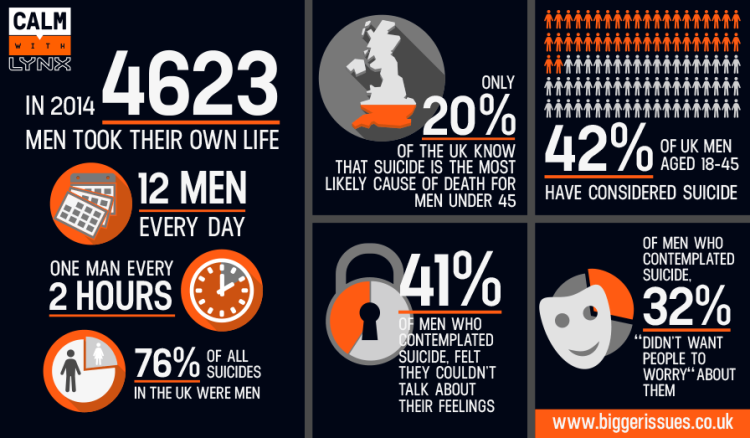